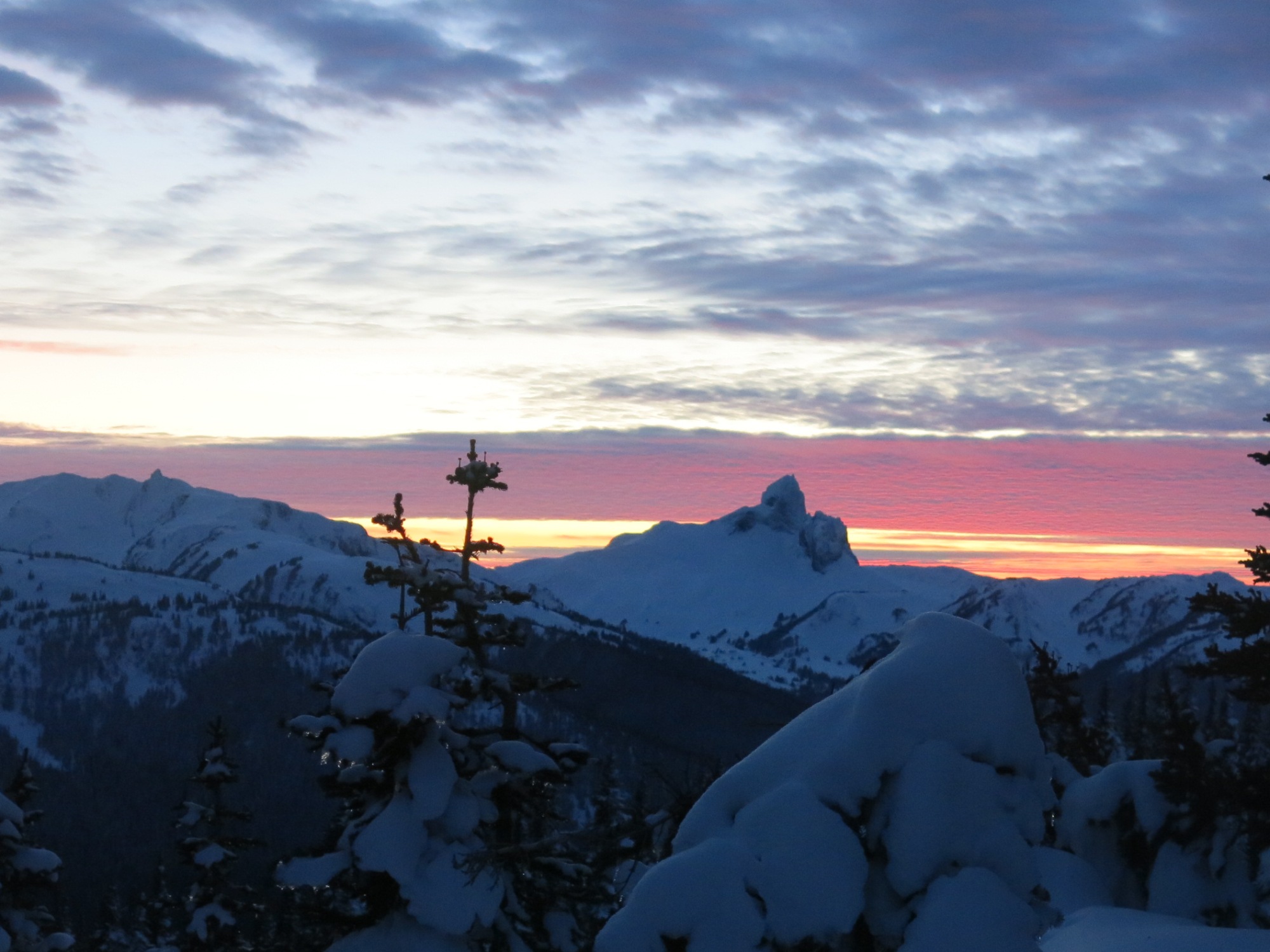 Hi everyone, its nice to write again here!! Second season in Whistler-Blackcomb, the dream keeps going!

The goal of this season is to keep improving my backcountry skills getting more experience travelling out there and doing my Operations Level 1 avalanche course, opening new windows in this industry…

2013-14 season started with less snow than last season, but January had a big present ready for us with the biggest storm of the season with almost 1 meter of snow in 48h, and really cold conditions giving us a really deep and good quality of snow.

Our first backcountry day started in the same place we left it season 2012-13, in the Musical Bumps, avalanche conditions were still a bit dangerous so we decided to go to this area instead the more exposed areas behind Blackcomb boundary.

When the sun finally showed up, me and Agusti started hiking up to the Flute from Symphony at 11am, and the journey was looking amazing with an ocean of clouds above us. 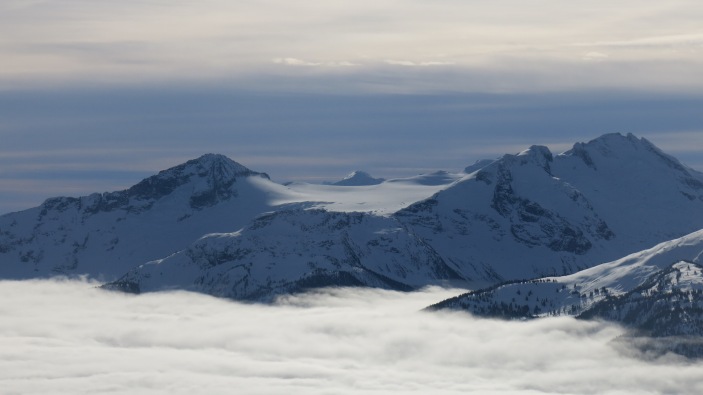 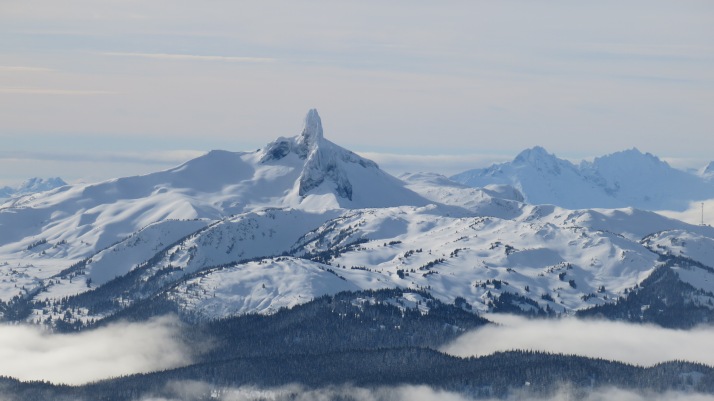 Our first downhill was from the top of the Flute to the East, entering in the trees untill the bottom where the clouds were waiting for us again. 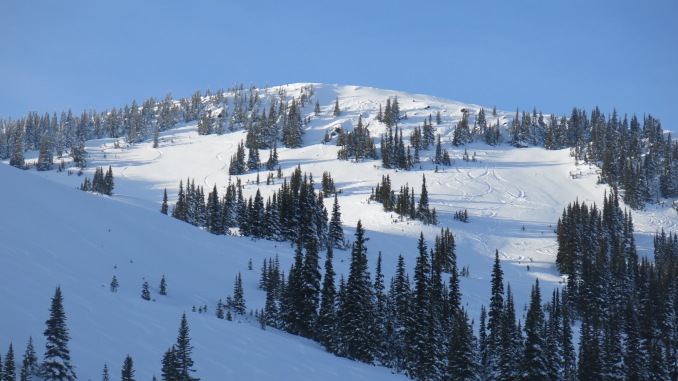 After we hiked up again on the way to the Oboe with an amazing feeling when we got out of the clouds. 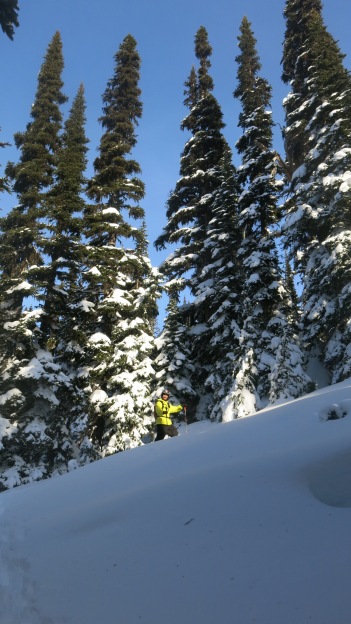 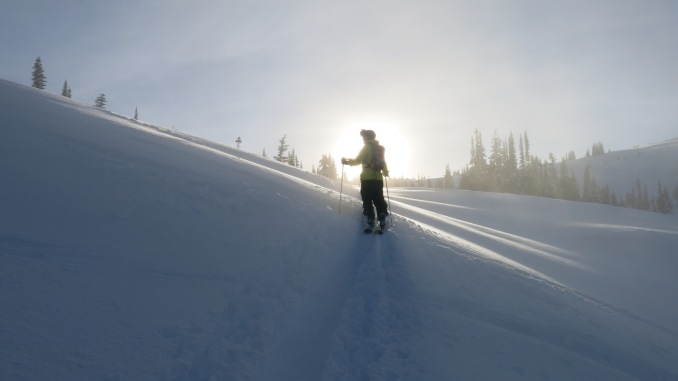 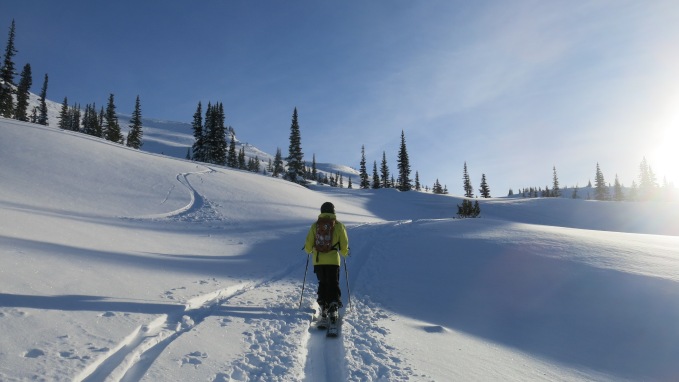 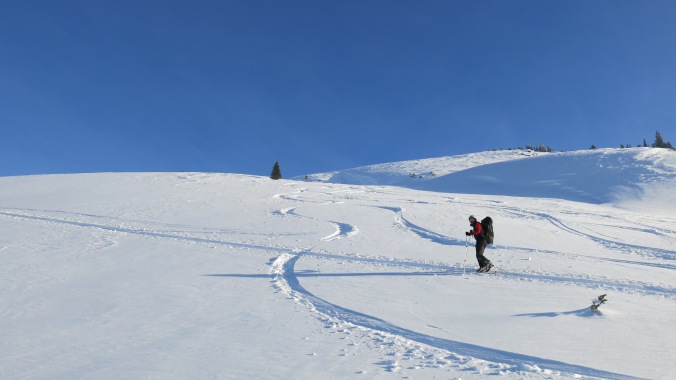 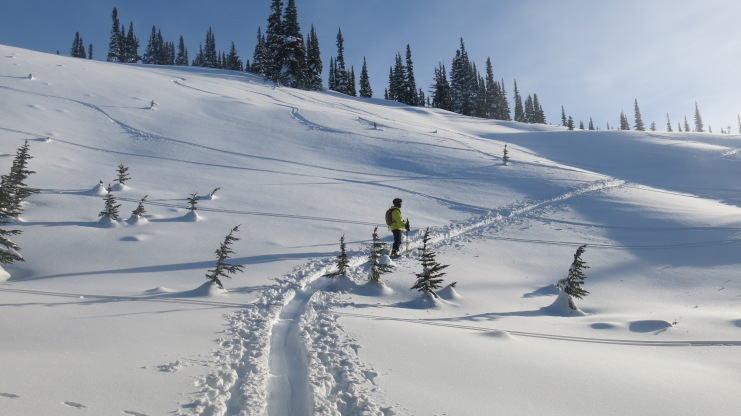 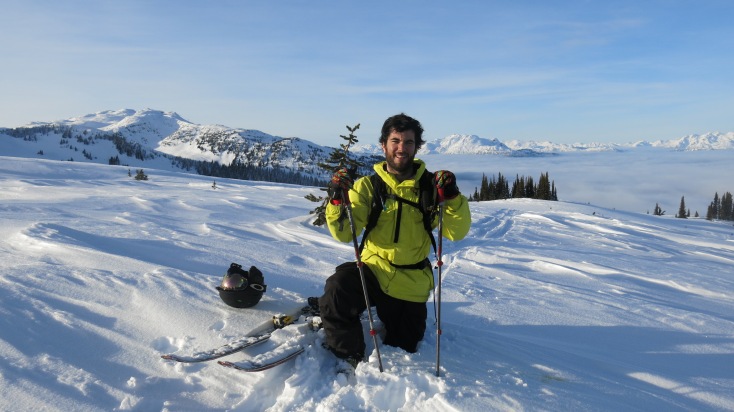 Our second downhill was from the top of the Oboe to the Singing Pass with a easier part at the begining and a steeper part in a open are till we got into the trees, the best run of the day. 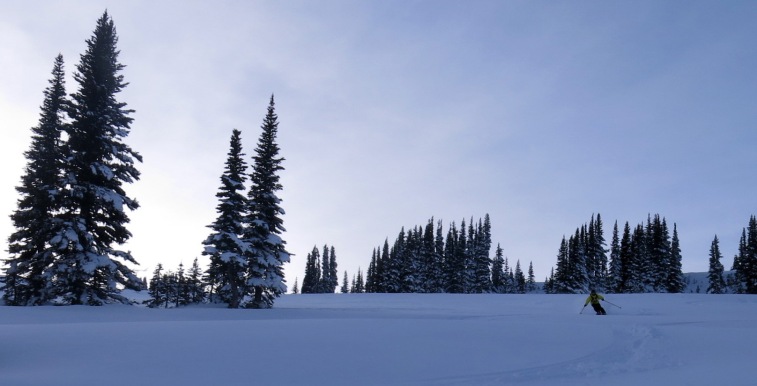 The plan was to ski down to the village but the conditions didnt look too good for the Singing Pass and was getting dark and the fog was going up so we decided to hike up and come back to the boundary through the Flute again, even if was going to get dark, we had our friend the full moon on our side.

The hike up to Oboe was pretty long but probably the most beautiful hike of my live, an spectacular clorofull sunset and moonrise blowed our minds and couldnt stop taking this pictures.. 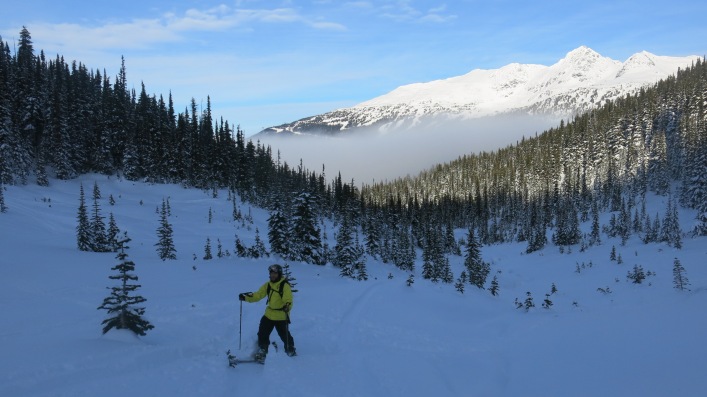 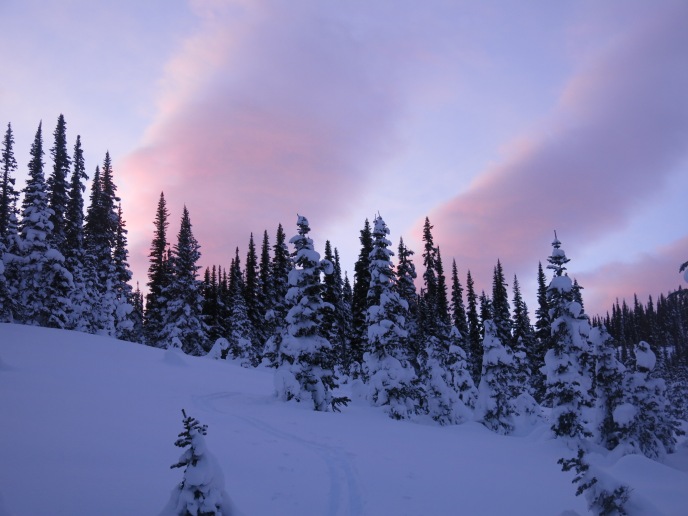 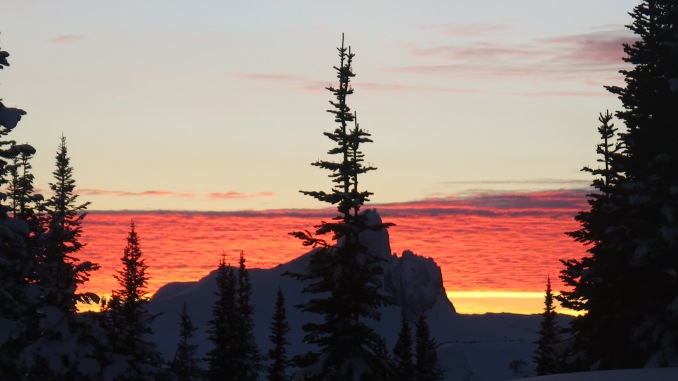 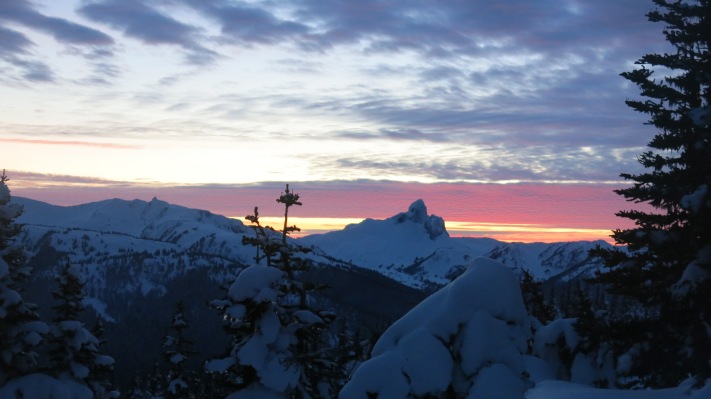 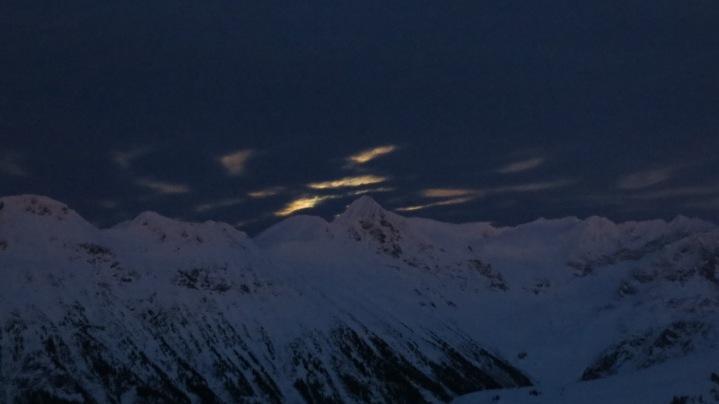 Once we got on the top of the Oboe we skied down high to get to the top of the Flute with our torches to get in the boundary the eaiest way possible, it would be too dark to ski the Flute safe, but once we got there the light of the moon and after more than 1 hour skiing at night our eyes got used to darkness and the ski conditions were incredible 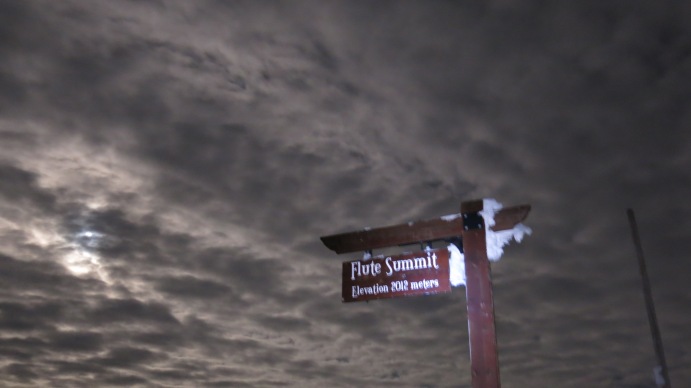 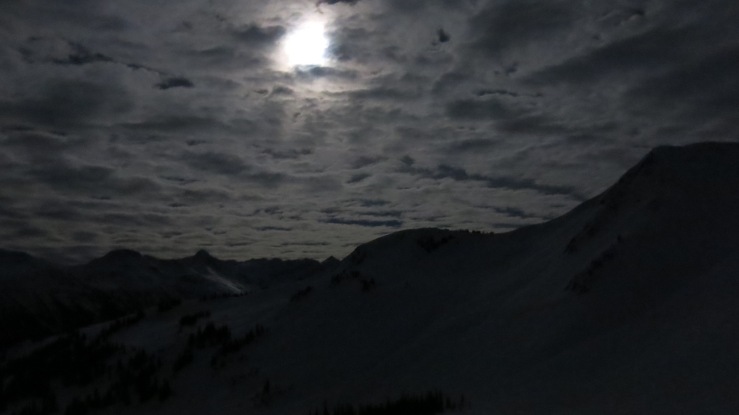 Then we traverse to Harmony and back to the village at 8.30pm, not too bad for a touring day in Canada! 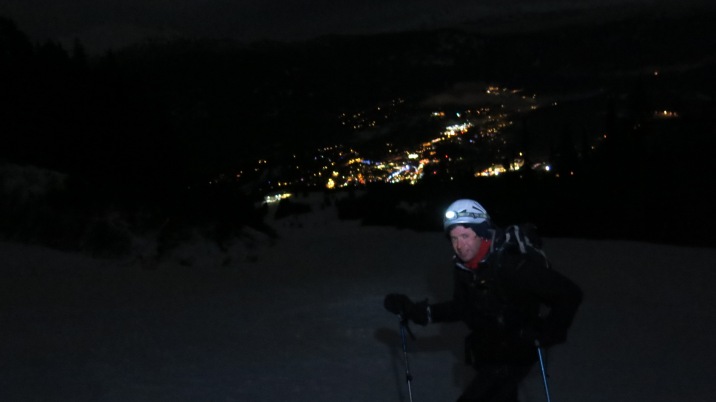 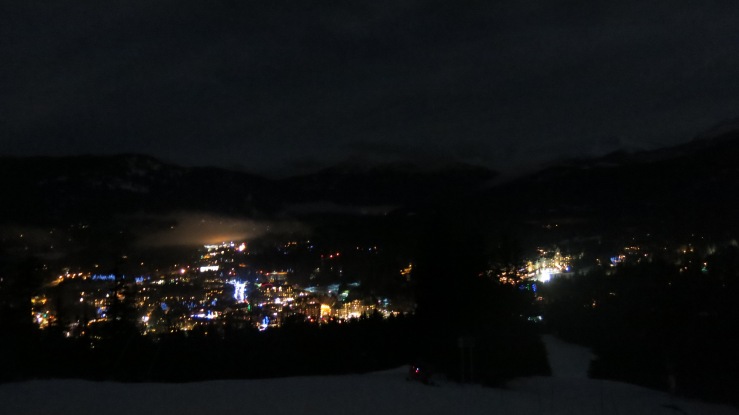 The vilage looked amazing from the hill at night!

One thought on “Musical Bumps”